Who's Who at the Minster

The Rev. Canon Andrew Rowland's early career took him to The Lebanon and Nigeria. Upon returning home to the Wimborne area in 1983 he progressed to Managing Director of a privately-owned group of local companies. After taking a Degree in Theology at Surrey University through the Southern Theological Educational Training Scheme (STETS) at Sarum College, Andrew was ordained in Salisbury Cathedral as Deacon in 2001 and Priest in 2002. He served his Curacy at Verwood before being appointed Vicar of West Moors in 2005. He was appointed to the additional position of Rural Dean of Wimborne in 2016 and was installed as Rector in September 2018 and as a Canon of Salisbury Cathedral in 2019. Andrew and his wife Zahra enjoy a wide range of hobbies and interests, including gardening, cuisine and ‘planes and trains’ – Andrew is a member of Ffestiniog Railway Society and also has been active in Wimborne Model Aero Club and Wimborne Railway Society. He was formerly a chaplain to the Dorset Police and is the serving chaplain to The Great Dorset Steam Fair. He has supported local youth organisations and charities locally and has acted as a schools’ Governor since 1989. Of his work in the Minster, he says, “The past two years have flown by! My wife and I assure you of our goodwill and prayers for all and ask you to pray for us too. Our intention is to pray, serve and grow - together, for the sake of proclaiming the Gospel and furthering the Kingdom of God." 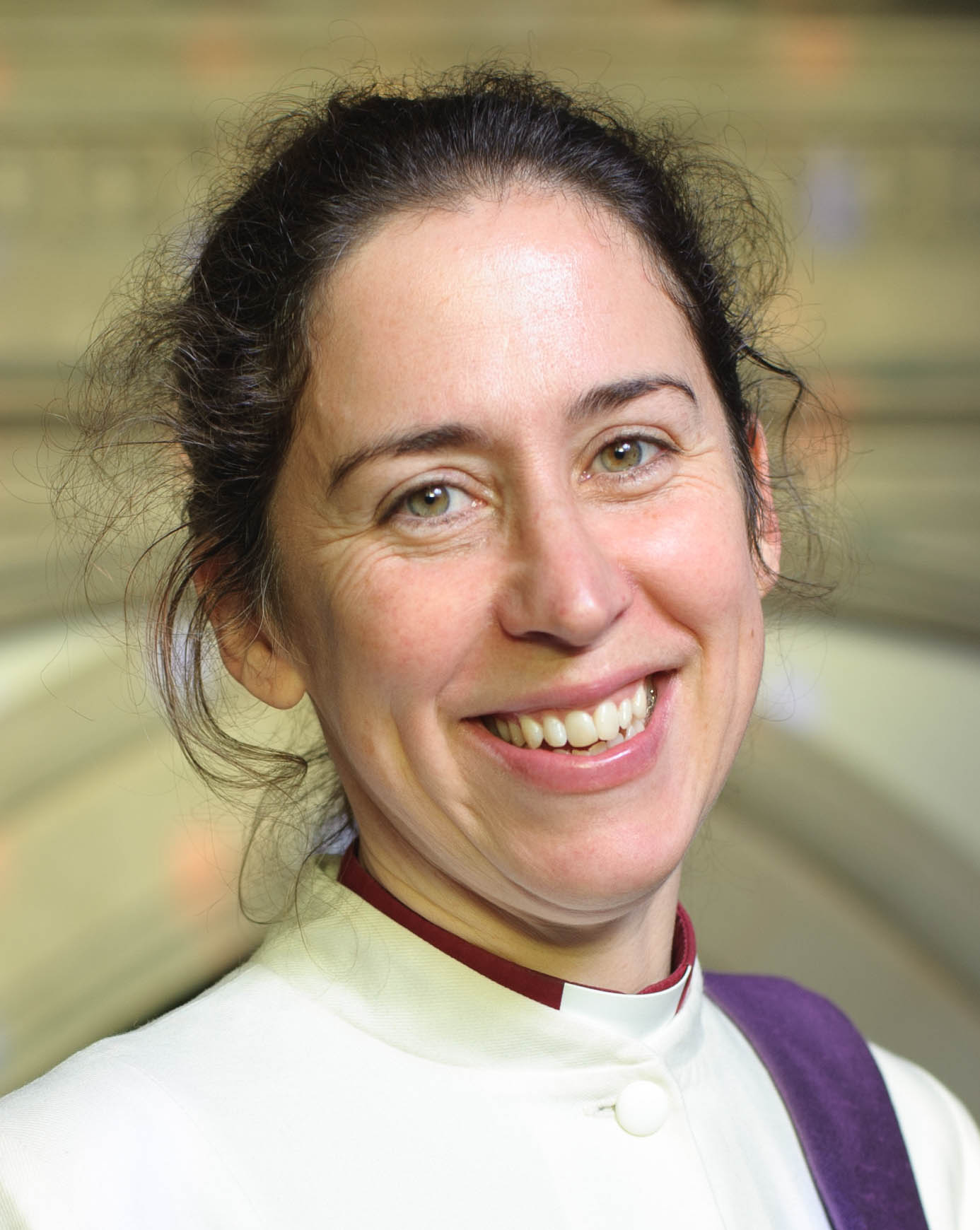 The Rev. Suzie Allen joined the clergy team in April 2015 from her curacy in Wareham parish. She is married with two adult children and is based in the rural part of our Benefice. She is charged with the pastoral care of The Wimborne Village parish, and is also part of the wider Minster clergy team.
In her previous 'life' before following her calling into the priesthood she worked as a Family and Children's Worker for a church in Salisbury, as Parish Secretary and an array of administrative jobs in healthcare, the finance and procurement industries.
Suzie is an Associate Priest in the benefice.

The Rev. Nick Wells studied theology and youth and community work at Moorlands College, graduating in 2003. He has worked as a professional youth worker in a variety of settings since then, most recently working for Bournemouth YMCA whilst completing a MA in theology at Sarum College in Salisbury after following a call to ordained ministry. Nick is Married to the Revd Ruth Wells and they have three children Esme, Eden and Etienne. In his spare time Nick enjoys reading, spending time with his family and writing music.

The Rev. Sharon Boyle lives in Colehill with her husband and two teenage children. Prior to the call to ordained ministry, she worked in adult and paediatric nursing both here and abroad, before moving into health and social care. For the last year, she has worked as a teaching assistant at a school for children with special needs and will continue to do this part time, being passionate about having a ‘foot in the world and a foot in the church’. Following a new rural ministry ordination pathway at Sarum College brought her to the villages two years ago,  and she considers it "a privilege to continue serving here into my curacy.” 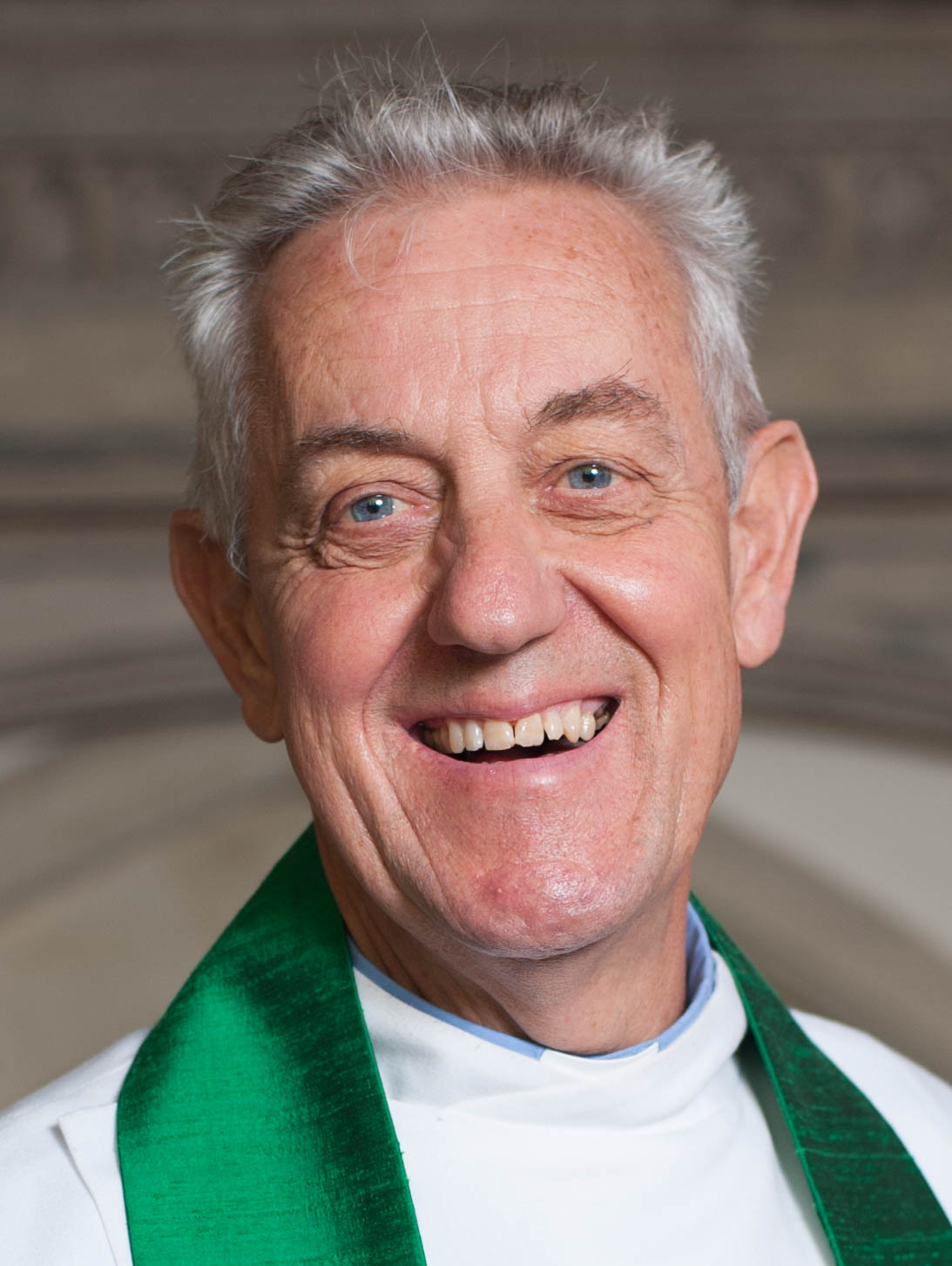 The Rev. Bill French joined the clergy team in October 2016 from his curacy at St Michael’s and all Angels In Verwood. Prior to his ordination in 2010 he saw service with the Grenadier guards and the police service. Up to the time of his ordination he was a magistrate serving on the East Dorset benches. 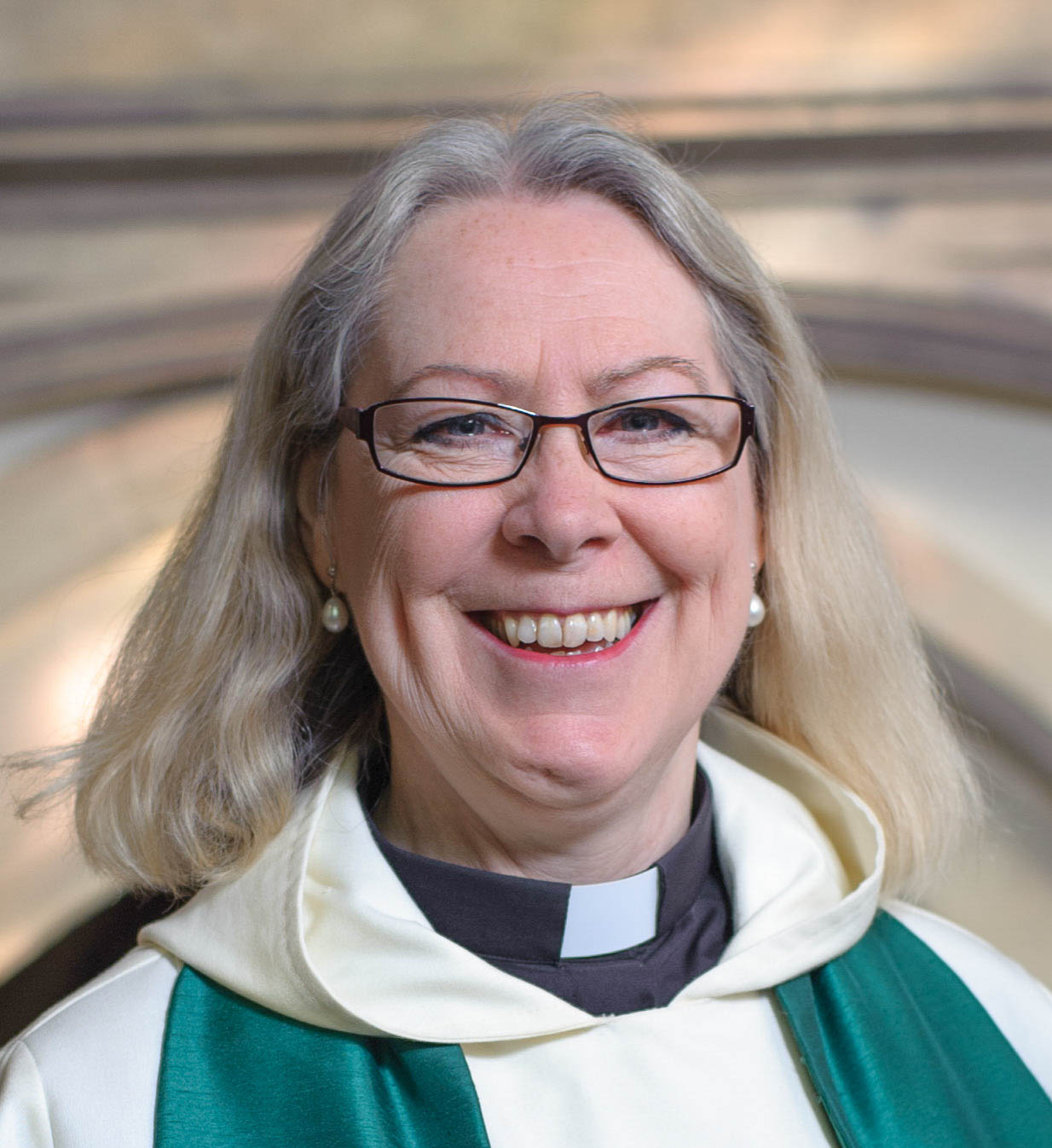 The Rev. Heather Waldsax as well as being an Associate Priest in Wimborne Minster, has a role in the Diocese of Salisbury as Music in Worship Network Co-ordinator and a secondary school consultant with the Diocesan Board of Education. Heather is married to John and has lived in the area for 40 years. She retired in 2014 as an Assistant Headteacher and teacher of Religious Education after a career of 34 years in two local church secondary schools. She is a Trustee for the Song and Hymnwriters’ Foundation and chairs the Board of Trustees for the Bournemouth Symphony Chorus, in which she sings. Heather and her husband are active supporters of Bournemouth Symphony Orchestra and enjoy watching rugby together. 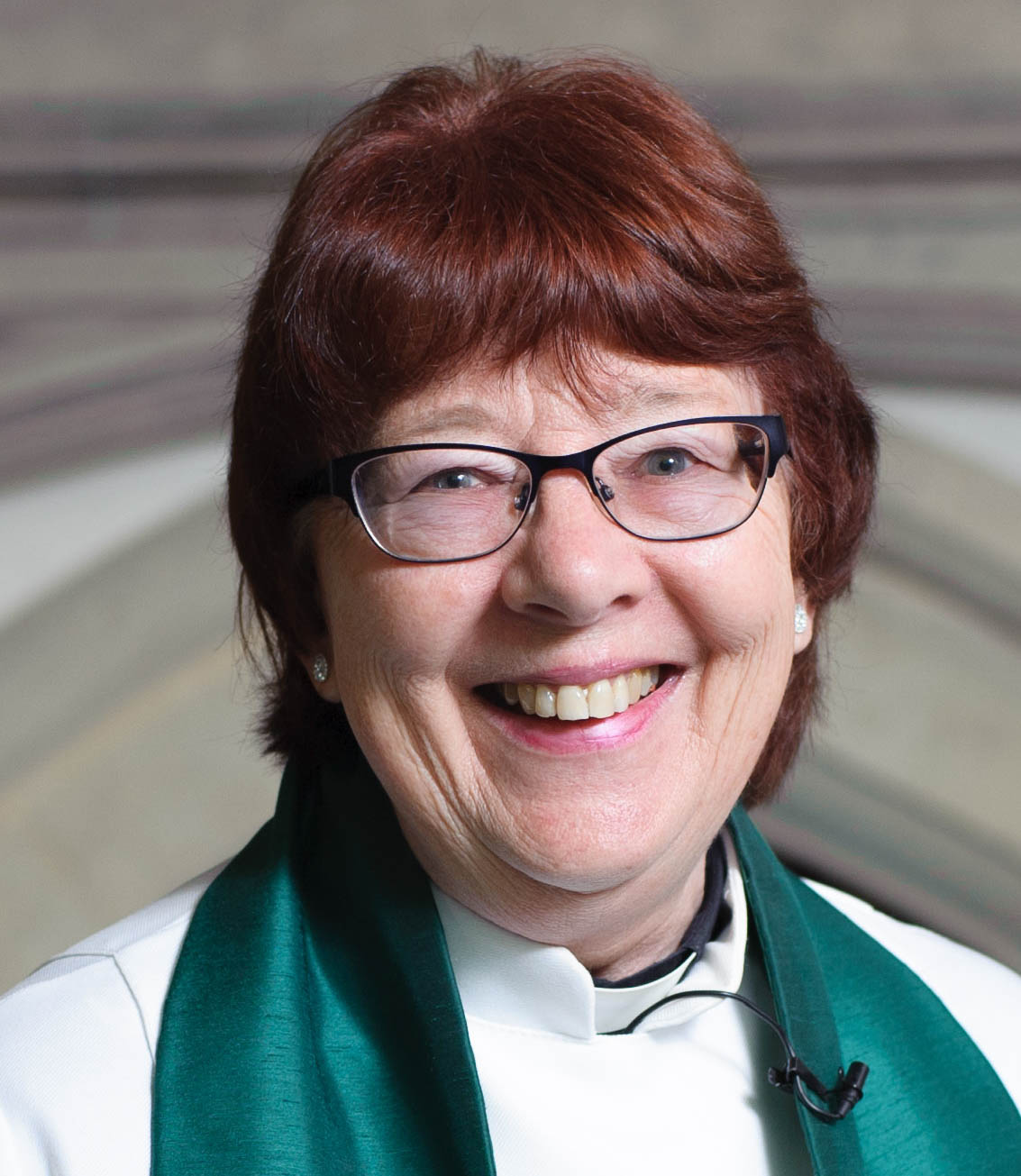 The Rev. Elise Harding trained as a nurse in Oxford and enjoyed a varied career, culminating in disability research and service development in East Dorset. In 1991 Elise moved to Shropshire to become a Vicar's wife and trained as a Reader to work alongside Michael. Following his retirement and their move to Colehill Elise trained at Salisbury Theological College for the Ordained ministry whilst continuing to travel backwards and forwards to Tenerife. On her ordination to the priesthood she became the first woman priest with the Diocese in Europe Bishop's licence to minister in the Canary Islands, the Balearics and the Iberian peninsular. She joined the Minster Team in 2010. 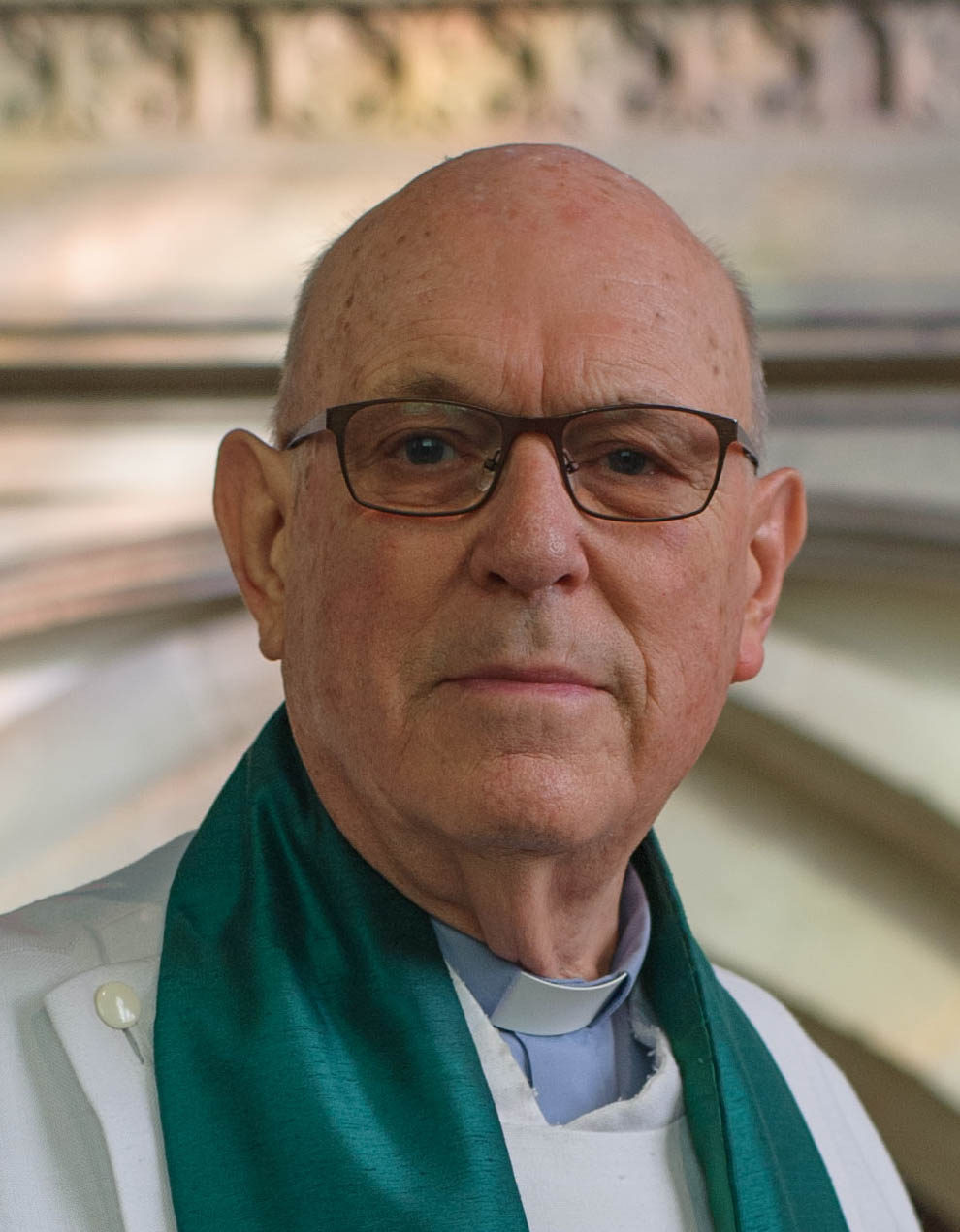 The Rev. Michael Harding joined the RAF as a teenager and trained in the Supply Trade and Work Study (Time and Motion). At 30, in Aden he married Anne, a teacher - left the RAF and went to Salisbury Theological College for 4 years. After Ordination he served in various parishes, from a very urban, large one in London to a very rural six parish group in Shropshire, where his two sons grew up and sadly he was widowed. He later remarried and has a step-son and a step-daughter. Following retirement from stipendiary ministry he moved to Colehill and until a couple of years ago, he and Elise divided their time between helping the Chaplaincy in Tenerife (part of the Diocese in Europe) as well as being part of the Team at the Minster. Now Michael is completely 'Minster based' and is also able to exercise his love of history by being part of the Minster Guide team. 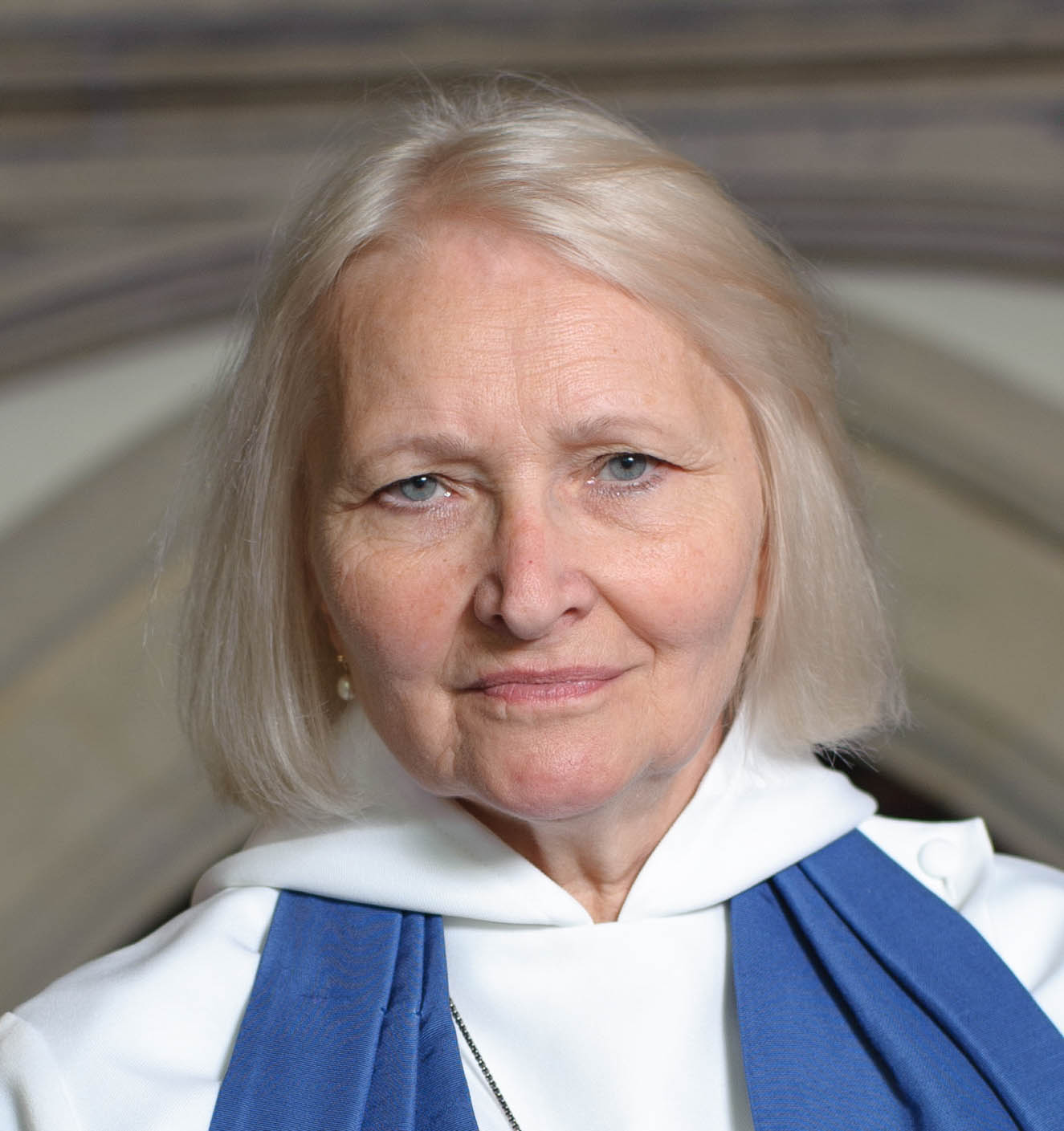 Elfie Mills is a Licensed Lay Minster, licensed in September 2013. She graduated in 2004 with BTh (hons) degree awarded by Westminster College Oxford University and in 2011 received an award for MA degree in ‘Practical and Contextual Theology’ from Oxford Brookes University. After the pandemic Elfie wishes to resume her ministry at the Minster and Lay Chaplaincy duty at Poole Hospital. Elfie has recently retired from the Environment Agency and at present is using her free time to learn Classical and Medieval Latin.

Colin Davey, Organist and Director of Choirs. Colin's musical career has taken him from solo organ recitals at St Paul's and Westminster Cathedrals to playing piano in Soho clubs and working for the Royal Ballet School! He's also an experienced conductor and bass player. His passion is for the English choral tradition – particularly early polyphony and the music of contemporary composers. Following a period as Education Programmes Manager and Chief Examiner for the Royal School of Church Music, he now teaches Music at Bournemouth School. Colin lives in Wimborne with Heather and their two children. In his spare time he bakes bread, folds paper and supports Southampton FC. 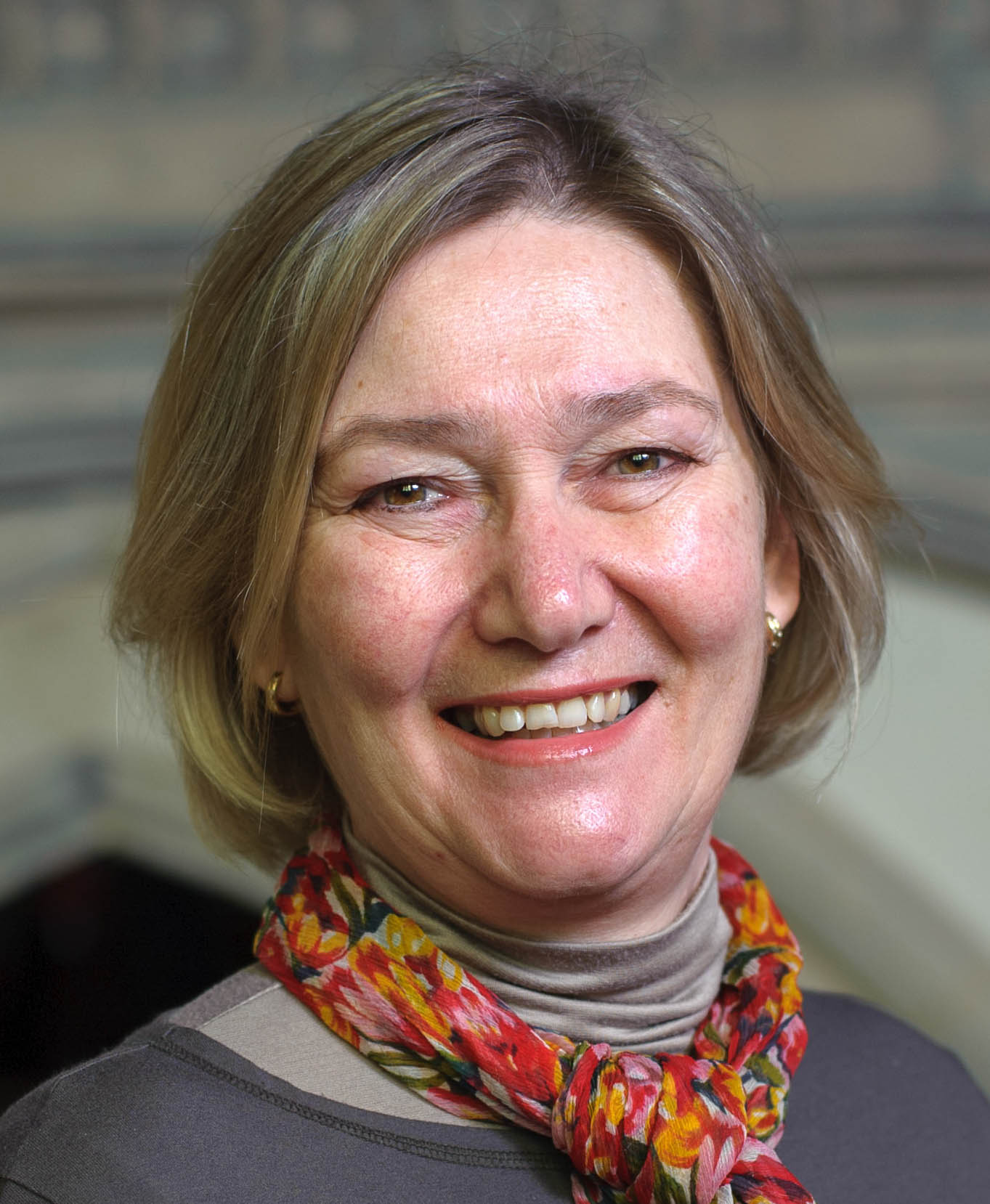 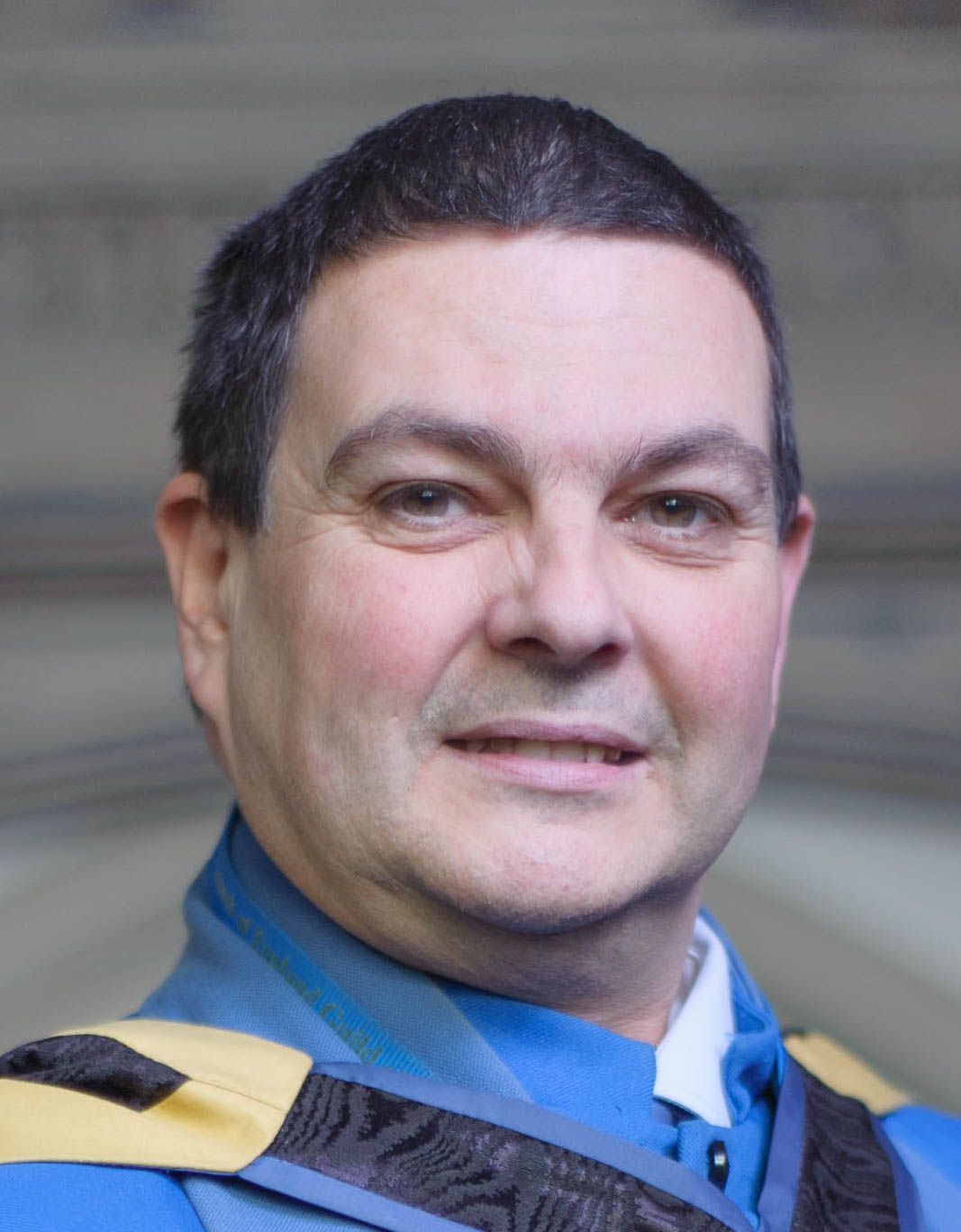 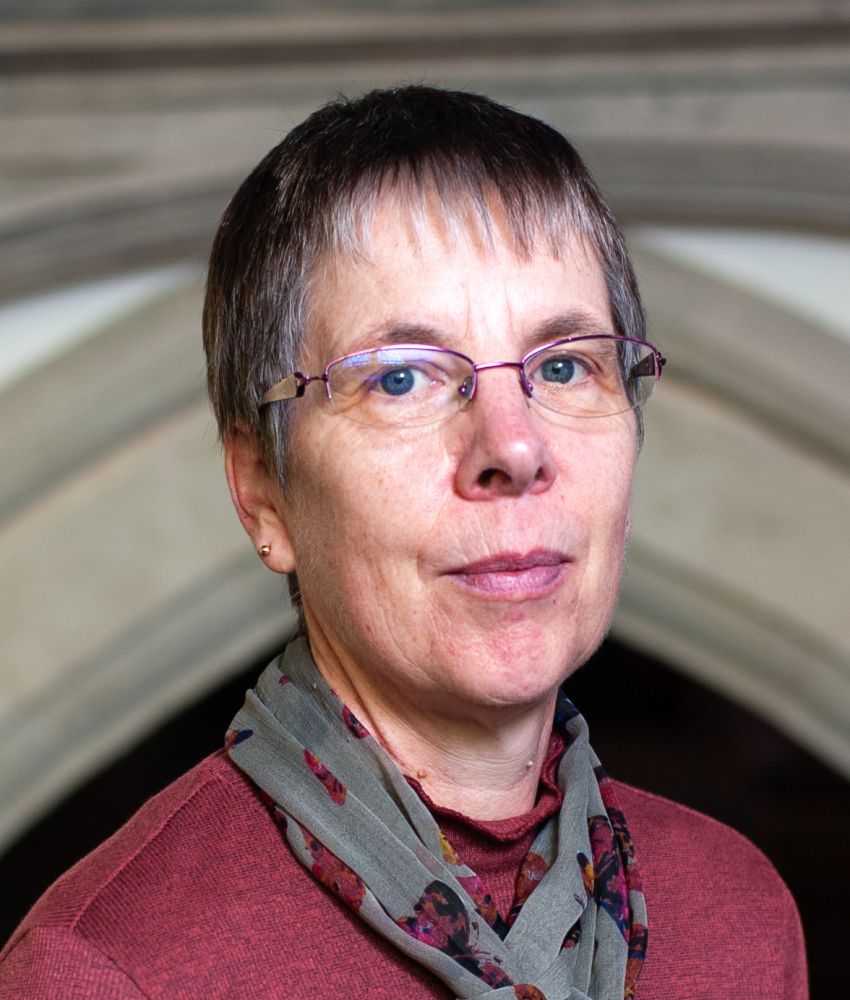 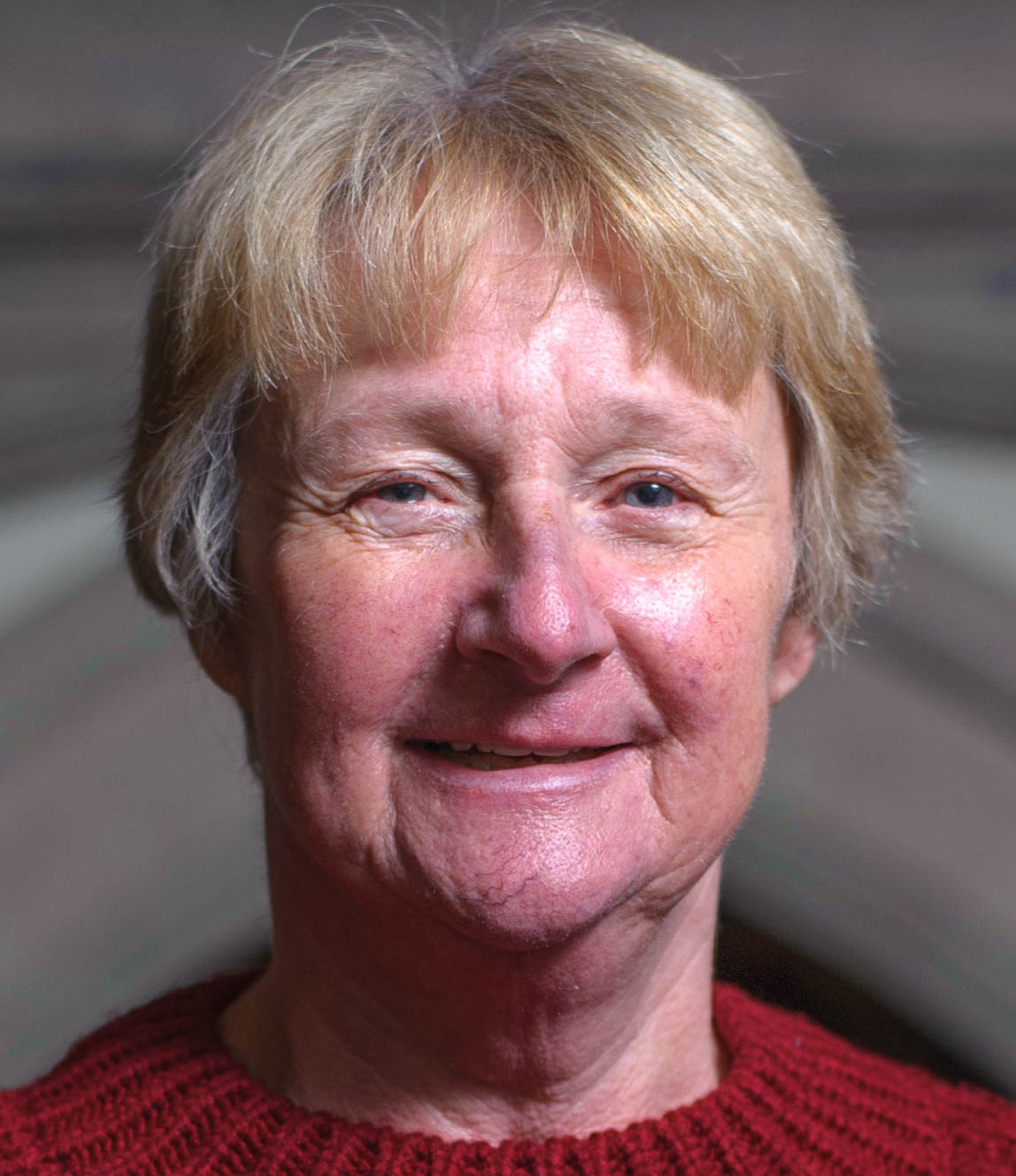